Cassie De Pecol Facts – From the smallest country of Vatican City in Europe up to the biggest nation of Russia in the borders of Asian countries, Europe as well as the vast oceans of Arctic and Pacific. Finally, a women has just fortunately achieved the dreams of every aspiring travelers – to travel every single country of the world.

In an article posted in official TravelandLeisure official website, a Connecticotian 27-year-old traveler has just turned many dreams into reality as she check off the 196th nation in her travel list. In one of her popular Instagram post, she had share her experience in the social media site. Expressing her great overwhelm witnessing the exquisite beauty of the 195th of 196th country she visited – Turkmenistan.

Turkmenistan, country number 195 of my 196 country Expedition. But more than that, can you believe the beauty of this city? I'm incredibly grateful that my visa was finally approved and not only that, but I've been able to speak to so many classes of students who are some of the most inquisitive and curious I've ever had the privilege to address! It's such an honor to be here. Took this photo on my 5 mile walk this morning ? ?? #TheMountainsWinAgain

Turkmenistan, country number 195 of my 196 country Expedition. But more than that, can you believe the beauty of this city? I’m incredibly grateful that my visa was finally approved and not only that.  But I’ve been able to speak to so many classes of students who are some of the most inquisitive and curious I’ve ever had the privilege to address! It’s such an honor to be here. Took this photo on my 5 mile walk this morning ? ?? #TheMountainsWinAgain

Now that De Pecol has truly become an inspiration for many aspiring travelers out here, it would be better if we get to know her. As we have collected interesting Cassie De Pecol facts that will surely motivate everyone to never give up on our dreams. Enjoy!

Cassie De Pecol Facts: Things You Need To Know About The First Woman To Travel Every Country On Earth 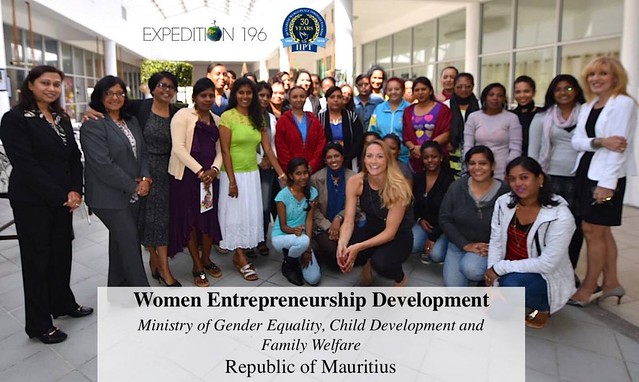 1. Posted in her official website CassieDePecol.com, Cassandra (Cassie) De Pecol is an entrepreneur, women’s right and peace activists, environmental activist, triathlete, educator, producer, world traveler and explorer. Born on the 23rd of June 1989 from a middle-class family in the little town of Washington in the state of Connecticut.  She only had a home schooling together with his brother on various subjects until the age of 12, she then attended regular public schools and graduated high school in year 2007.

Must Read: Viral: A Guy Has Just Traveled In 122 Countries In 3 Years For Free

3. On August 2009 after Cassie already saved $2,000, she decided to start traveling. Together with her brother Jason starting off in Belgium, Czech Republic, Germany, Netherlands, and Switzerland and more.

4. Though they parted ways with her brother after Jason travel to France, she still continued traveling with her $2,000 budget. Even working on several resorts, swept floors, coach surfing, sleeping on train stations, considered bread as a meal and hitch hiked to almost every countries she get into.

5. Just last February 2, 2017 all her hard works has paid off as Cassie has just traveled to the 196th countries in the world. Promoting different causes and awareness in only a span of 18 months and 26 days.

6. Cassie has already broke the previous Guinness World Record of fastest and youngest person to travel in 196 sovereign countries. She’s also the first documented woman to visit every country on earth.

7. Of how she funded her whole journey, Today official website has just posted an article of her stories, few tips from Cassie  herself.

8. Ever since Cassandra (Cassie) De Pecol is young,  she already knew she wanted to become an inspiration to everyone. Now she’s been doing it by actively filming educational documentary stuffs, TV shows, speaking engagements and seminars. As well as writing travel and inspirational books for everyone to motivate themselves to pursue their dreams.

For more stories, tips, inspirations and Cassie De Pecol facts, you can visit any of her website http://cassiedepecol.com/ and https://expedition196.com/.

Disclaimer. The photos above are not ours. For DMCA removal simply shoot us an email using our Contact Page.

Did you find our Cassie Del Pecol facts interesting? Make sure to put your comments below and we’ll be glad to read them all!!